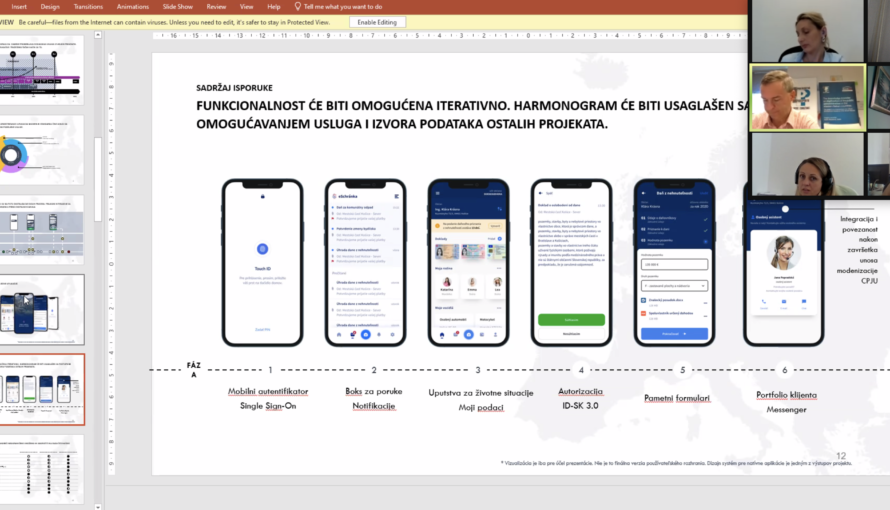 An online workshop on eGovernment implementation was held within the knowledge transfer program in the field of digitalization of public administration in the Western Balkan countries, implemented by the Ministry of Public Administration and Local Self-Government of the Republic of Serbia and the Partnership for Prosperity NGO in the Slovak Republic with SlovakAid support.

On this occasion, important experiences gained in the field of digital transformation of public administration of the two countries were exchanged, the importance of new digital business design and electronic services were emphasized, and new architecture and solution integration for providing services to citizens and economy via mobile devices were emphasized also. With the development of mobile applications, public administration enables citizens easier access to key services, which contributes to the better functioning of the entire eGovernment system and leads to the improvement of existing and the creation of new eServices. The new stage of development of internet administration, embodied in the improvement of its most important segment, the so-called m-administration, will certainly lead to an increase in the number of users of electronic services in the future, because citizens increasingly use smartphones in everyday life and work.