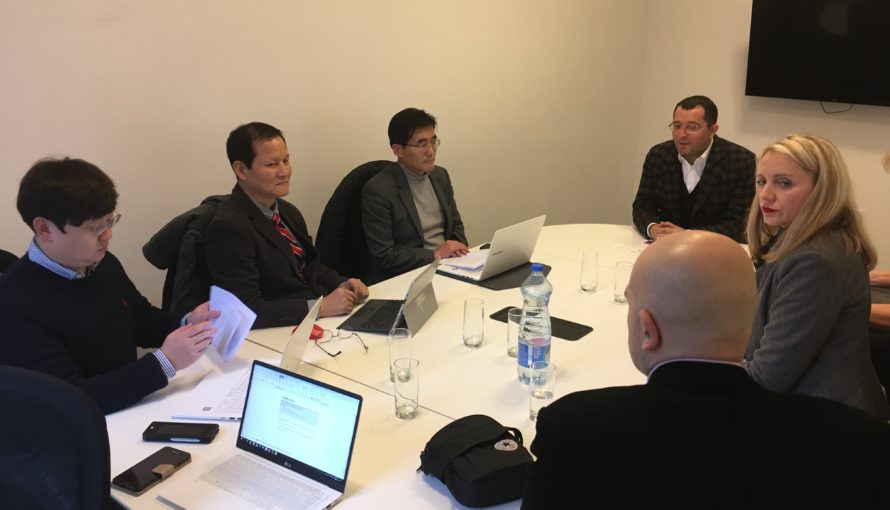 As part of the visit of experts from the Korea Development Institute (KDI), and as part of the technical support project for the Office for Information Technology and e-Government and the Government of the Republic of Serbia through the Knowledge Sharing Program (KSP), State Secretary at the Ministry of Public Administration and Local Self-Government Bojan Stevic and the head of the Serbian-Korean Information Access Center Dara Gravara Stojanovic talked today on the topic of developing a strategic framework for establishing an efficient e-Government System in the period 2019-2022. “The Ministry highly appreciates the efforts of the Republic of Korea to support the development of e-Government in Serbia, especially since that support comes from the leaders in the development of e-Government services and the involvement of its citizens in using e-Government,” said State Secretary Bojan Stevic in a conversation with the Korean Development Institute. The Republic of Korea has invested in the construction of the Serbian-Korean Information Access Center, he pointed out, adding that he hopes for further support in the development of a sustainable model of digitization of public administration. Stevic pointed out that for the needs of the development of this area, the Law on e-Government was adopted, and above all, the Law on General Administrative Procedure, which made a turnaround in the work of public administration and putting citizens in focus, creating efficient, professional services, saving money and time. “We are currently working on the development of a strategic framework for the establishment of an efficient e-Government system for the period 2019-2021,” he said, and discussed with his interlocutors the possibility of additional training of civil servants in the field of e-Government. “Digitalization is an important process in Public Administration Reform and is a priority for all of us, but in order to ensure the effects of that process, it is important to provide trained staff,” the State Secretary underlined.